You are here: Home / Blog / “If Only We’d Known” – Hindsight from Montessori Parents 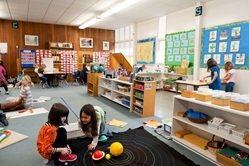 Whether you’ve agonized over the potential fit of a Montessori education for your child, or are simply curious to learn how parents who have already made that leap feel after-the-fact, one thing remains sure; 20/20 hindsight is only helpful if it gets passed on to become another’s foresight.

In that vein, Hudson Country Montessori School recently asked parents to comment on the following question:

1) What do you wish you’d known before enrolling in our program that would have made your decision easier?

Across the board, parents report initial misgivings based on the widespread reputation that “Montessori has no rules”. “We were not drawn to HCMS for the ‘Montessori methodology’.  We had a very energetic toddler at the time and we thought she needed firm structure and rigor in her day.  Upon our initial tour, and hearing more about the Montessori way, we were a bit concerned as to whether the school would ultimately be right for our daughter.” Another parent notes, “We were debating whether or not to enroll our 5th grader after experiencing frustration with the public school system. One concern was that there were no desks in the Montessori classroom. We were worried about a perceived lack of structure.” 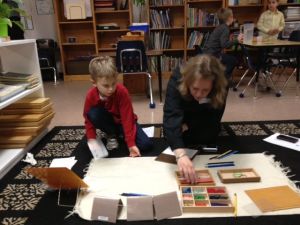 The first parent cited now describes his “energetic toddler” as “a very mature 5 year-old” He states, “as it turns out, the freedom to learn and the responsibility to choose her own path has helped shape her into a happy, polite, inquisitive child.  She still has all the energy in the world, but now channels it much more effectively.”

Similarly, parents of the above-mentioned 5th grader reveal, “Now we see the lack of desks as an inspiration for creativity. We love that students proceed on an individual level, not in tandem with the rest of the class. We see that our daughter is self-motivated rather than trying to succeed because of pressure. We are so glad we didn’t settle for more ‘cookie-cutter’ education”.

Finally, overall elements of peace and respect come into play. With a multi-year classroom, there is much peer learning, so respect for others is natural.  Parents  note being surprised by consistently “quiet, peaceful” classrooms, matter-of-course “manners and politeness”, and overall “mutual respect” throughout the school community. One mother quips, “Every time we throw a birthday party in a public forum like the skating rink or Sky Zone, party personnel ask ‘Are these kids from a Montessori school? They are so calm!’”

So much for that pesky “free-for-all” reputation…

The Littlest Prince and Montessori

Parents Become Montessori Students at Eye to the Future Night